On 16th May 2019 Cepaim Foundation hosted the 2nd TAG (Technical Advisory Group) Meeting in Madrid. The 2nd TAG meeting had a more practical purpose than the first one held in July 2018 in Valencia. The participants were professionals with experiences directly involved with young people, such as community and streets educators, trainers, researchers and public servants. Before the meeting participants were asked to answer some questions on methodology in order to tackle essential aspects while working with young people, like trainers’ profiles, tools and personal resources and professional support.

The first part of the session was devoted to brief presentations of CEPAIM, the hosting organization, the Equi-X Project, and the different perspectives from diverse geographical areas about working issues related with gender, diversity and masculinities with young people in school and community contexts. The second part of the session was devoted to an intense and productive work about both theoretical perspectives and methodological issues, sharing doubts, comments and suggestions. The common difficulties arisen were of different nature. On the one hand, the lack of specialized training on these issues among the teachers in the school setting. On the other hand, the politically correct theoretical discourse assumed by young people on gender equality, and their reject of changes in practice. Moreover the presence of one single trainer emerged as a constraint, as well as the absence of the feedback of an external professional: it was underlined that in the sessions issues, that are complex to manage and with strong emotional component, emerge or could emerge. Likewise, some strengths were identified. It was pointed out the importance of networking, as an example, the achievements of the partnership between the secondary public schools at San Blas-Canillejas District in Madrid. It was highlighted the need of lending continuity to the actions, and working in long-term processes, beyond the isolated sessions, that somehow fill up young people. It was stressed the great potential of a mainstreaming approach on these issues as a key element in other subjects also relevant for the young people. The community dimension was present, emphasizing the need of a wider involvement of the school setting as a whole, the community and the neighbourhood. It was also taken into account the relevance of communicating through the same codes and media used by young people, and acknowledging the protagonism and the interest of some secondary schools youngsters as a key element to lend continuity addressing these issues. Finally, some new steps were set: calling for a new TAG before the end of the year, strengthening the exchange of work materials, guides, documents and information, rather scarce regarding these subjects and especially in the case of materials adapted to young people and to the local context. 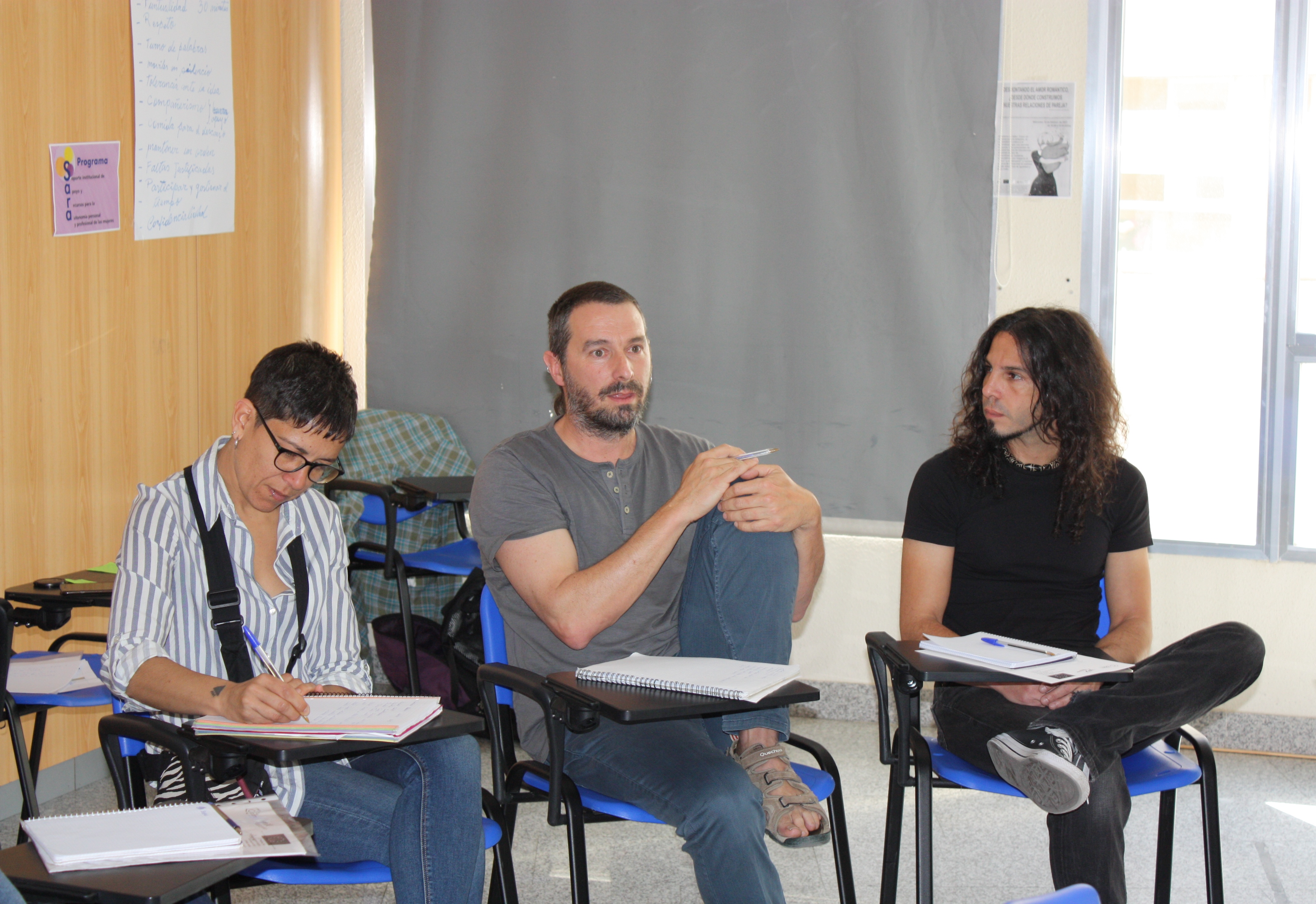