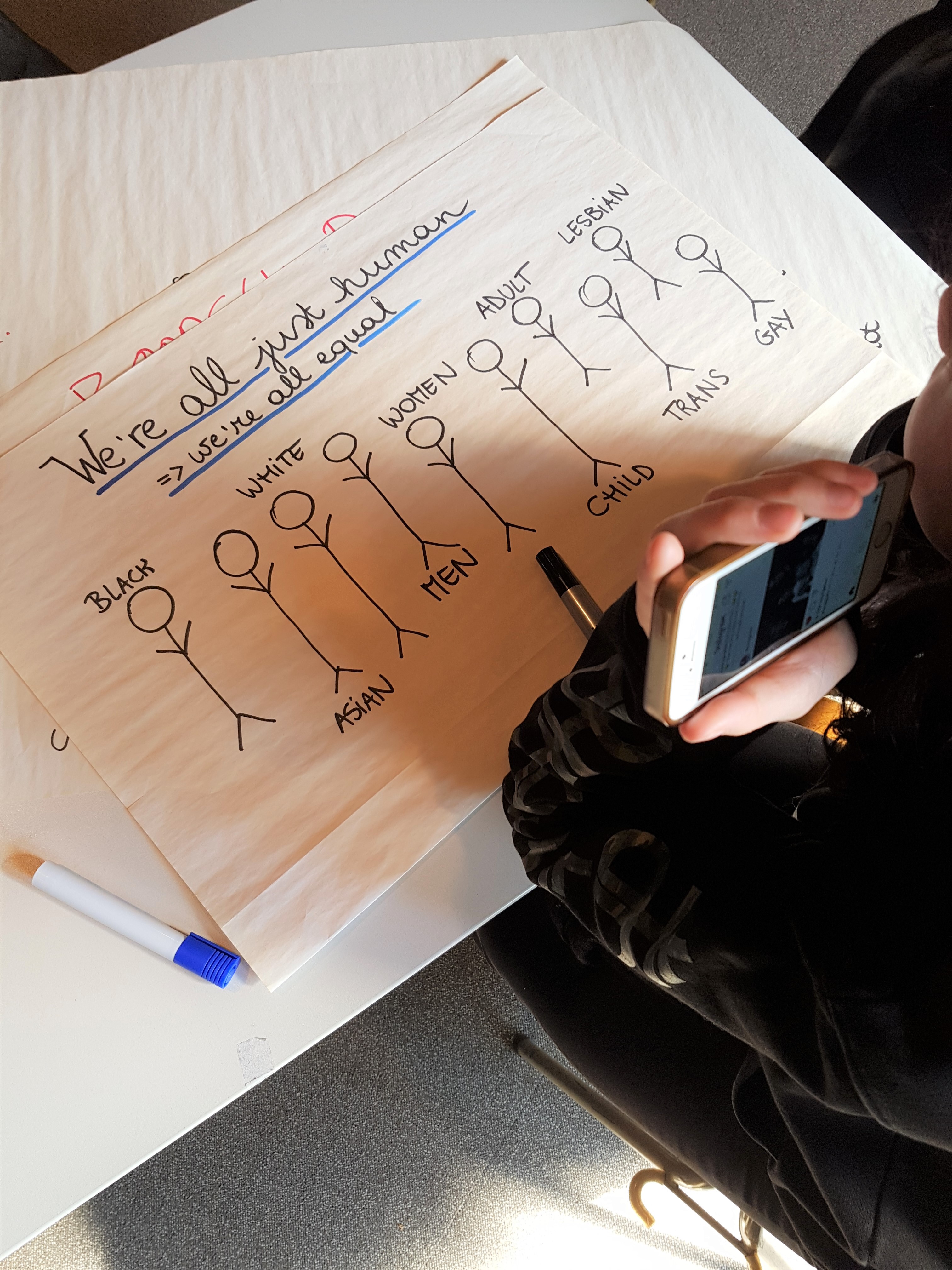 After an extensive preparation and regular meetings with different secondary schools, we could motivate six schools to participate in this project. Each of these schools are located in an urban context, spread throughout Flanders. In each school one class of maximum 20 students participated in an intensive program of about 15 hours of workshops. In total, we held 28 sessions of workshops in which we reached a very diverse group of 107 participants (aged 15 to 18, 61 male and 47 female). Not only was the target group very diverse, but we also made sure our trainers team showed the same diversity. 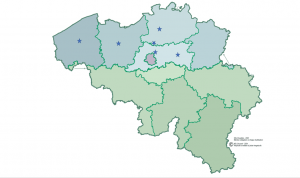 Although some teachers were very disappointed that they couldn’t attend the workshops, we were very persistent on this topic. During the workshops we’ve noticed that most students don’t trust their teachers and/or student counsellors. The fact that two external trainers were there to guide the workshops, helped the participants to share some sensitive information and personal experiences.

In order to further spread the most important messages the participants took with them, the last few hours of the sessions were dedicated to develop a youth-led campaign. They were invited to think about the main issues they were confronted with in their daily lives and how to deal with them. Next they were asked to come up with ways of spreading the key messages to their local community. With some of these ideas we will go forward and create a national campaign.

In order to assess the impact of these workshops on the participants’ attitudes, we carried out a scientific evaluation research with a pre- and post-test design, in cooperation with the Centre for Social and Cultural Psychology of the Catholic University of Leuven. For each participating group, we also had a control group fill in the pre- and post-test in order to make sure the observed differences were due to following the workshops and were not just coincidental. The results of this research will be published in a later stage of this project.

In order to collect feedback from trainers, we’ve asked them to fill in a field diary for each session. These diaries helped us evaluate the workshops in terms of group dynamics and content. Based on these observations, we can’t stress enough the importance to actively create a safe and open atmosphere. With a curious and appreciative attitude you can come a long way as a trainer. Another technique that helps is to have the participants come up with some agreements in the beginning of the sessions. These agreements can come up by asking following questions: “What do you hope for these sessions?”, “What do you fear for these sessions?” and “What is needed in order to make these session run smoothly?”. After writing them down and making sure everyone agrees upon them, remind them of these agreements in later sessions. When you observe small signals of participants being bullied, you can intervene quickly (regardless of the reaction of the ‘victim’ but based on the agreements they made, for example: respect).

In terms of content, we’ve further adapted the manual based on the written and oral feedback from the trainers. We have included much more active work forms and used digital technology and social media as a means during the workshops. It’s obvious that the online lives of these students have become more and more important. In discussing the content, we’ve made the link between their offline and online lives more present in the manual.

“Nobody calls you white!” – reaction of a black participant on the word ‘black’.

“Even if I would walk down the street naked, you don’t have the right to touch me!” E. 16 yo female participant – when talking about victim blaming.

“Everyone is equal but we are not born equally” – remark after the privilege walk.

“What are you going to do if a woman harasses you? Would you go to the police? They will laugh in your face!” – remark of a male participant when discussing the man box.