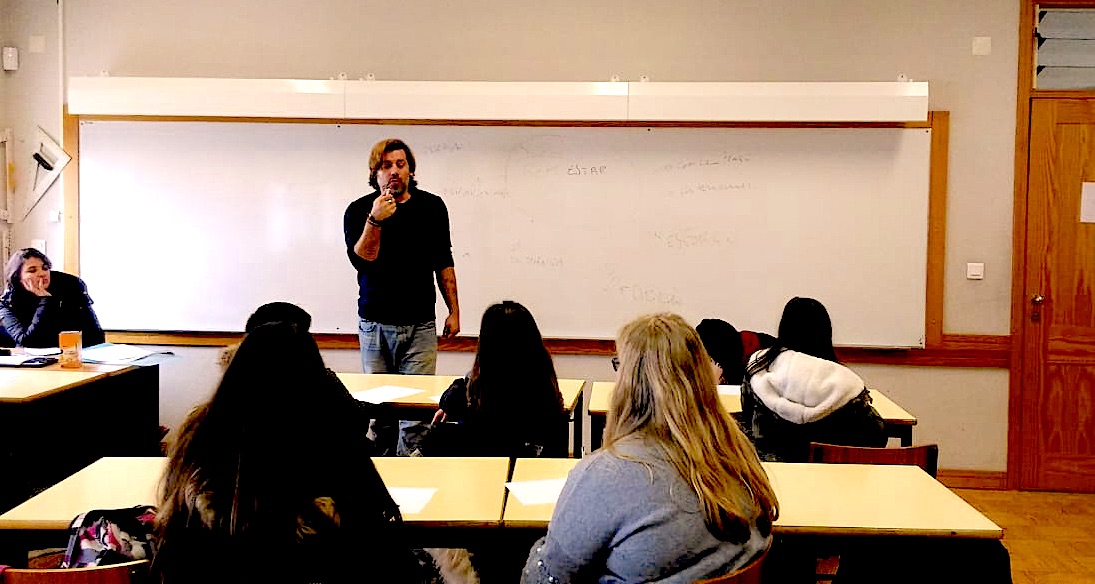 After several meetings with the national TAG, individually with each member and together, as well as with advocates, experts and decision-makers in order to explain the project, report on what had already been done, reflect on potential difficulties, problems and solutions and gather different opinions on the strategies that should be followed, the Portuguese CES team started, the implementation phase of project EQUI-X, which took place between 30 November 2018 and 27 April 2019.

In these Open Sessions, where in addition to the students there were also teachers and other education and non-teaching staff, CES addressed the themes of gender in/equality, gender construction, the promotion of non-violent models of masculinity and gender-based violence. These sessions served not only as awareness-raising and awareness actions for the school community on the themes addressed in the project, but also for its presentation in schools with the aim of mobilizing them on EQUI-X and facilitating the subsequent contacts with them.

The educational sessions in the above-mentioned partners took place between January 14 and April 27, 2019, and the implementation of the project was divided into 5 thematic modules: Gender; Masculinities; Sexual and Reproductive Health; Violence and Diversity; Fatherhood and Care. Each of these modules consisted of workshops that were prepared and chosen following the exploratory interviews and the previous diagnostic study, but also according to the needs and evaluation, session by session, of the young people.

In order to assess the impact of these educational sessions on the participants’ attitudes and behaviours, we conducted a scientific evaluation study applying, in the first and last sessions, two questionnaires to each young person, respectively the pre and post-tests. The results of this research will be published at a later stage of the project.

We have also held two campaign sessions at Infanta D. Maria’s High School, in Coimbra, and the result will be presented on the Open Day of the same school, on the 17th May, and at the Bissaya Barreto Foundation on the 24th May, when the Children’s Congress will take place.

In conclusion, we are confident that all the young people who participated in the implementation of the EQUI-X project fulfilled their expectations in terms of attitudes, values, behaviours and learning, we believe that the impact of the learning, reflections, attitudes and behaviours of young people can have a positive effect on the community, in schools and other environments where they navigate and have somehow managed to change some attitudes and behaviours in relation to gender norms, gender stereotyped social expectations, in relation to equality, co-responsibility, among others, which were the compass of this intervention/project.