Between the 20th and the 22nd of March CES (Portugal) hosted a new meeting of the Equi-X Project in Coimbra, in order to share the achievements and difficulties found during the implementation phase and to start working together on the development of the National Manuals, the National Campaigns and the training of professionals.The five partners, CES (Portu

gal), CEPAIM (Spain), Status M (Croatia) Dissens (Germany) and Vzwzijn (Belgium), presented a sum-up of the status report of the implementation phase, sharing the accomplishments and difficulties they encountered while implementing the workshops with young people.  Quantitative and qualitative aspects were taken into consideration, as well as the adjustments made in order to adapt the methodology to each local context. The partners shared also some suggestions for improvement.

In relation with the national and the European campaigns the participants could reach significative agreements regarding the methodology and the main ideas to be communicated, inspired by the good experiences presented by Promundo during the sessions and the mini-workshop carry out by Vzwzijn (Belgium).

The next phases will be implemented over the following months and the team will meet again at the end of June in Madrid (Spain), where there will be a work session to continue developing the European campaign. 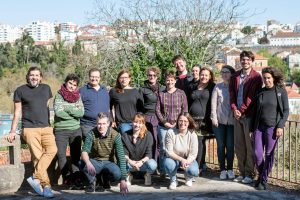