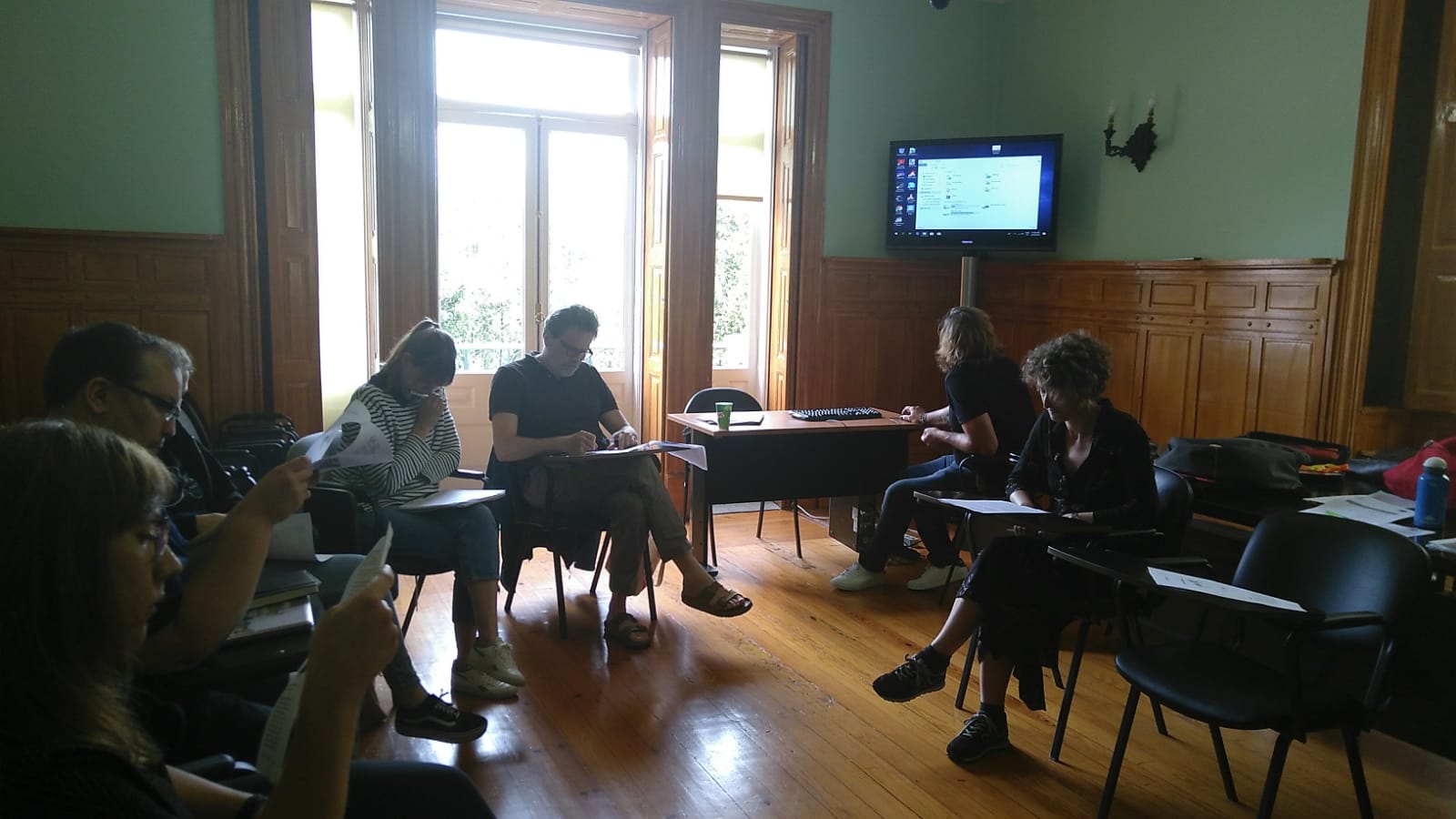 Between the 26th and the 28th of June 2019 Ces (Portugal) hosted the fifth meeting of the Equix Project in Porto. It was an intense and fruitful meeting where the representatives of the five partner organisations, Cepaim (Spain), Ces (Portugal), Dissens (Germany), Status M (Croatia) and Vzwzijn (Belgium), discussed about relevant issues for the development of the project in its last months of implementation.

During the first session the partners presented their experiences carrying out the national campaigns, which were very different and interesting, through active involvement of the students and using creativity and TICS to reach the young audience. The students involved in the Equix Project with Cepaim (Spain) created and performed a theatre play “The party” addressing topics covered during the previous sessions of the project http://equixproject.eu/the-party-a-theatre-play-to-prevent-gender-based-violence/. In Coimbra the students involved with Ces (Portugal) created posters, videos, an interactive, an online game (on the Kahoot platform! https://kahoot.com) and disseminated gender equality messages http://equixproject.eu/students-on-the-streets-of-zagreb-talking-and-dancing-about-what-it-means-to-be-a-real-man/. In Croatia Students and teachers from the schools participating in the Equix project, along with the Status M team, set up a stand on the main city and performed a step-dance routine http://equixproject.eu/students-on-the-streets-of-zagreb-talking-and-dancing-about-what-it-means-to-be-a-real-man/. In Vzwzijn is still working with the students on their campaign actions, which will include a short film, addressing topics such as drug use, LGBTQI acceptance, peer pressure and bullying and a national social media campaign (using a rap song, a ‘clickbait’ test and a short video with testimonies from young men). The students involved in the Equix Project with Dissens (Germany) participated in a workshop to create memes and the results were published on Instagram as https://www.instagram.com/feministacademy/.With those memes they will produced posters to be displayed in the secondary schools, and will use a video to present this activity.

The following sessions of the meeting were addressed to the next project milestones: the European Campaign, the European Manual and the Final Seminar. The joint building of the European Campaign started with a communication proposal using videos and a game on the idea of coming out of the masculinity box making reference to 6 pillars of masculinity, and showing the benefits of coming out of the box for the boys. The National Manuals will be focused on the context of the project partners, written for a local and diverse audience in their own language. The European Manual will be addressed to a broader European audience, focused on relevant aspects related with the implementation of the project such as impact, social and political context, the family, media and social networks and with intersectionality and diversity. Last sessions were devoted to the Final Seminar planning, all the partners were enthusiastic about the great event to be held in Brussels from the 26th to the 28th November 2019, the programme has been draft taking in mind a dual perspective, on the one hand the activities for the professionals and the general public, with special focus on youth involvement, and on the other hand for the political lobby inviting European Parliament representatives and nationals from each partner country. This meeting will include als o an internal closing work meeting for the Equix project partners.