Presenting the first results of the EQUIX Project at the CICFEM congress (Valencia, Spain, 1st-2nd March 2019)

Presenting the first results of the EQUIX Project at the CICFEM congress (Valencia, Spain, 1st-2nd March 2019) 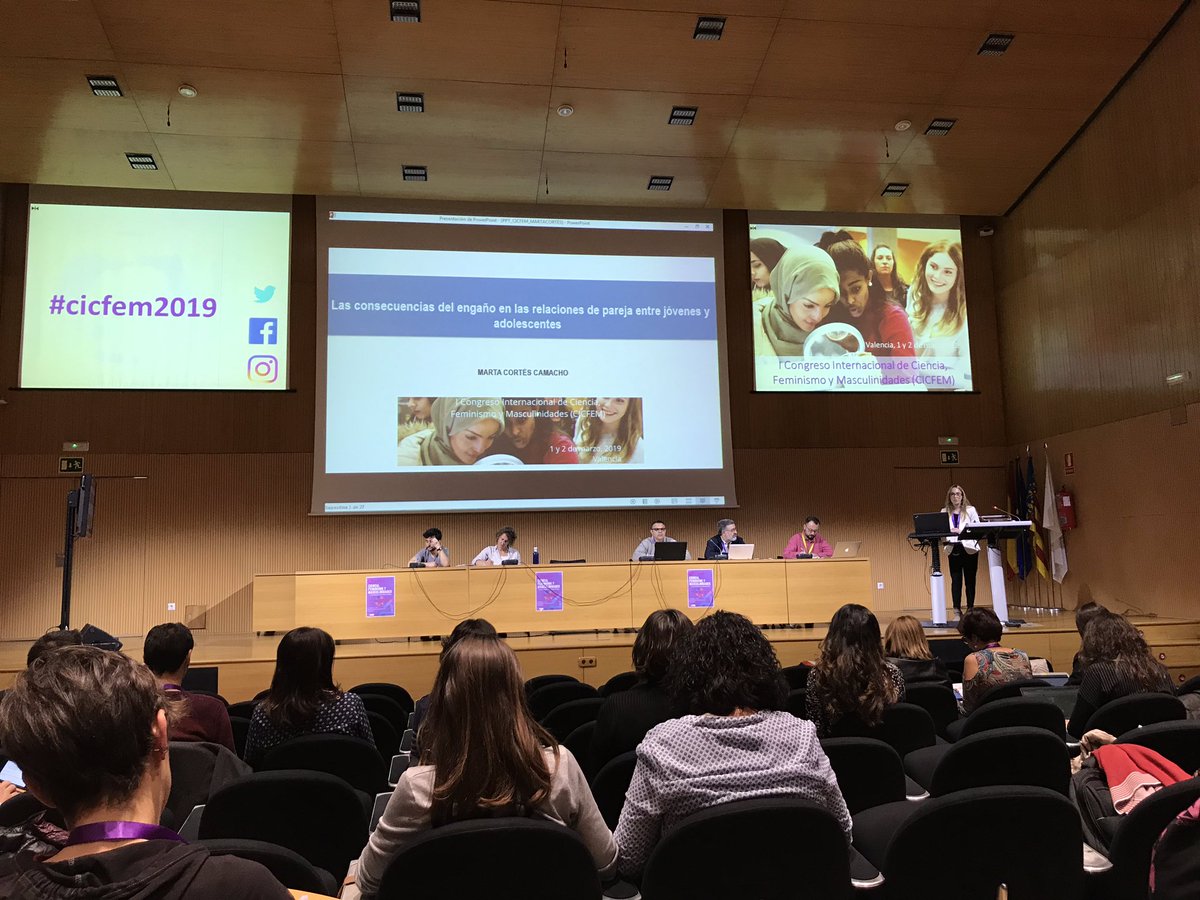 The 2nd of March, in a panel on wealth and wellbeing, Valentina Longo and Viktor Navarro Fletcher (Cepaim Foundation, Spain) presented some results of the Spanish case in the frame of the congress “Science, Feminism and Masculinities”.

The two days congress took place in the Polytechnic University of Valencia and gathered hundreds of scholars interested in the intersection of science, feminism and masculinities and in making visible the contributions that women are making to improve society following the lines set by the UN 2030 Agenda for Sustainable Development and its goals.

The intervention by the Cepaim researcher and trainer focuses on the observations and analysis based on the implementation phase.  In Spain, from October 2018 until May 2019, more than 150 students are receiving the EQUI-X workshops in Alzira (Valencia) and Molina de Segura (Murcia).

The necessity of an intersectional approach

The workshops with boys and girls return us the portrait of a generation that has clear the concept of equality between women and men. Among the participants, nobody would claim that a man cannot clean a toilet or that the main role of a woman is to take care of the house and the children. At the same time, they declare themselves open-minded on issues of sexual option and gender identity. Nevertheless on other issues, such as racism, some participants claim their racist attitudes. Generally speaking, there is no social consensus at the Spanish societal level on antiracism and the kids often feel legitimate to openly declare themselves as such. Thus, it is necessary to introduce other systems of inequality other than gender (racial, social class, religion, ableism, etc.) at the transversal level that are woven together and build a hierarchization of individuals and groups. In this way not only we try to ensure that all participants feel included, but we can also tackle the privilege / oppression system and construct a transformative social intervention.

Identity and power, between discourses and practices

One of the tensions that we want to face in the workshops is the one between power and identity. When we speak of hegemonic masculinity in most cases the current debate / analysis falls within the framework of identities. However, back in the eighties Raewyn Connell analysed  hegemonic masculinity within the framework of power, a power which is of course changing and adaptive within the system of gender according to a specific context and time.  In the workshops, we are working not only on identity issues, but also on those related to the redistribution of resources and power.

Another open, but interrelated question, concerns the distance between discourses and practices.  We have seen how egalitarian discourses have become part of the imaginary of Spanish adolescents, but beyond widely accepted discourses, we ask ourselves how to influence practices. This is probably the most urgent question we want to tackle in the near future.