Home/Activities, Campaigns, Croatia/Students on the streets of Zagreb talking (and dancing) about what it means to be a real man

The last day of school in Zagreb saw a colourful and noisy EQUI-X spectacle in the city centre. Students and teachers from the schools participating in the EQUI-X project, along with the Status M team, set up a stand on the main city square and distributed postcards to passers-by, prompting them to write an empowering message to a person they know.

Citizens also had an opportunity to sign the Declaration of the Real Man. The Declaration states that the real man is not violent, never uses fists or insults and understands that gender-based violence is a massive problem which he is willing to tackle. The real man fights for gender equality and women’s rights and he recognizes that turning a blind eye to violence committed by others is as dangerous as committing violence oneself.

Despite the glaring sun and scorching temperatures in the mid-30s, dozens of citizens visited the stand, talked to students and signed the Declaration, thus symbolically expressing their commitment to the principles of non-violence and equality. A special feature of the public action was the step-dance routine the students prepared with Mirsad, one of our workshop facilitators, which drew loud applause and cheering from the gathered crowd.

The action was an introductory event for the EQUI-X national campaign in Croatia. More goodies to come in autumn. Stay tuned! 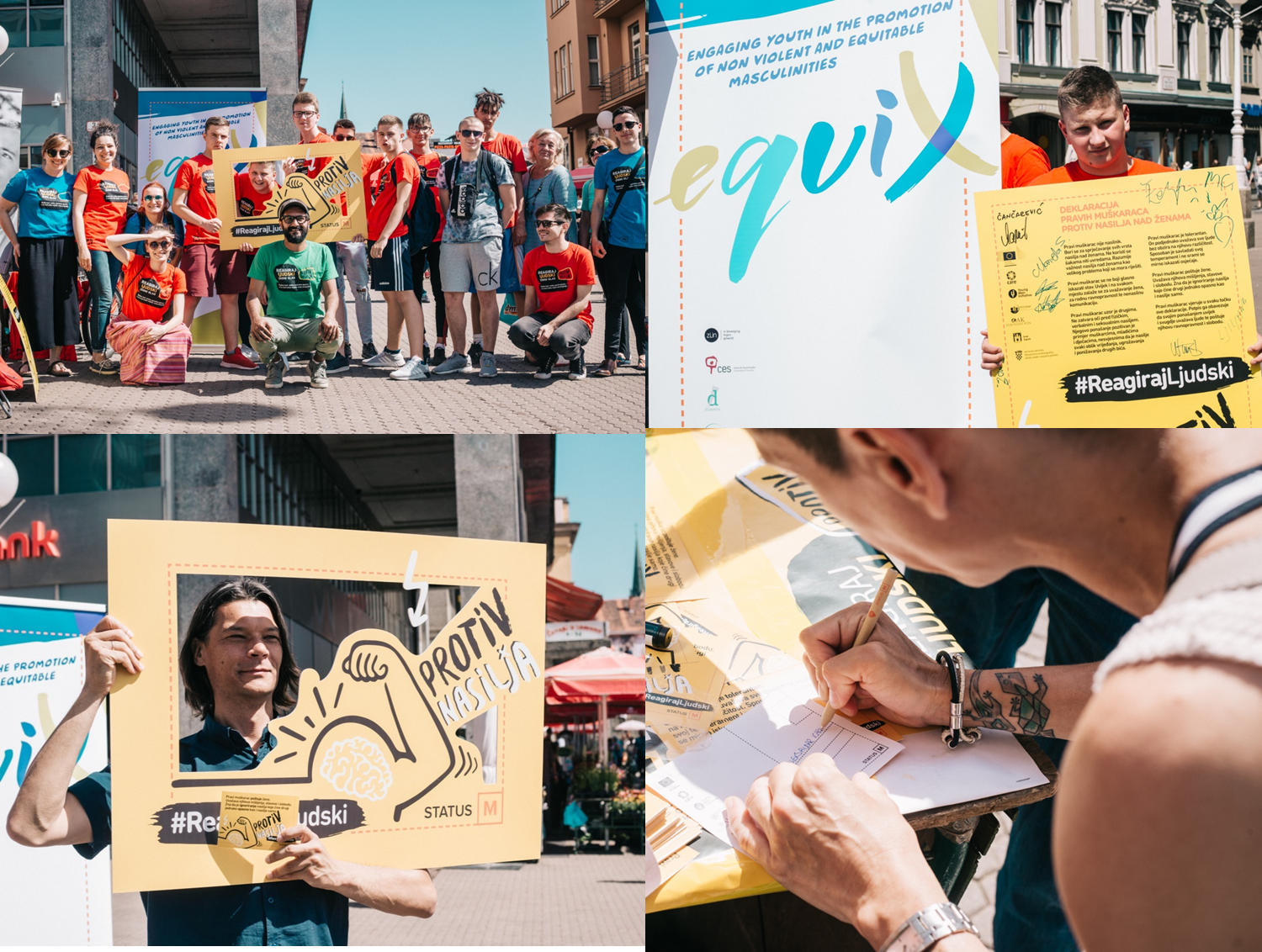